Immerse yourself in 'Fractal' below.

Showcasing the Pre-Fall 22 Biophilia collection in an innovative move true to Aje's commitment to honouring the arts, the film, entitled 'Fractal', and is a collaboration with the female led production company Dollhouse Pictures.

“There are so many patterns in nature, awaken your senses to them"

A symphony of fashion, movement, dance and signs, ‘Fractal’ is an ode to the environments we create for ourselves and by connecting with others, encapsulating the human drive to express oneself.

Helmed by profoundly deaf, non-verbal newcomer Emawayat ‘Emi’ Elmitt, the film is centred around Emi's use of contemporary dance, signs, and shapes; anchoring the film without dialogue as she conjugates self-expression through a diversity of movement.

Born in Ethiopia, Emi relocated to Australia via adoption and learned sign language late in life. Her trajectory has been influenced by her vibrant and close-knit family and community who were involved and consulted in devising this work. 'Fractal' marks Emi's debut on camera acknowledging she, "loved how the crew welcomed her”. The team collaborated with Emi to create a unique series of signs - movements and shapes inspired by her own abstract interpretation of the fashion and the film. 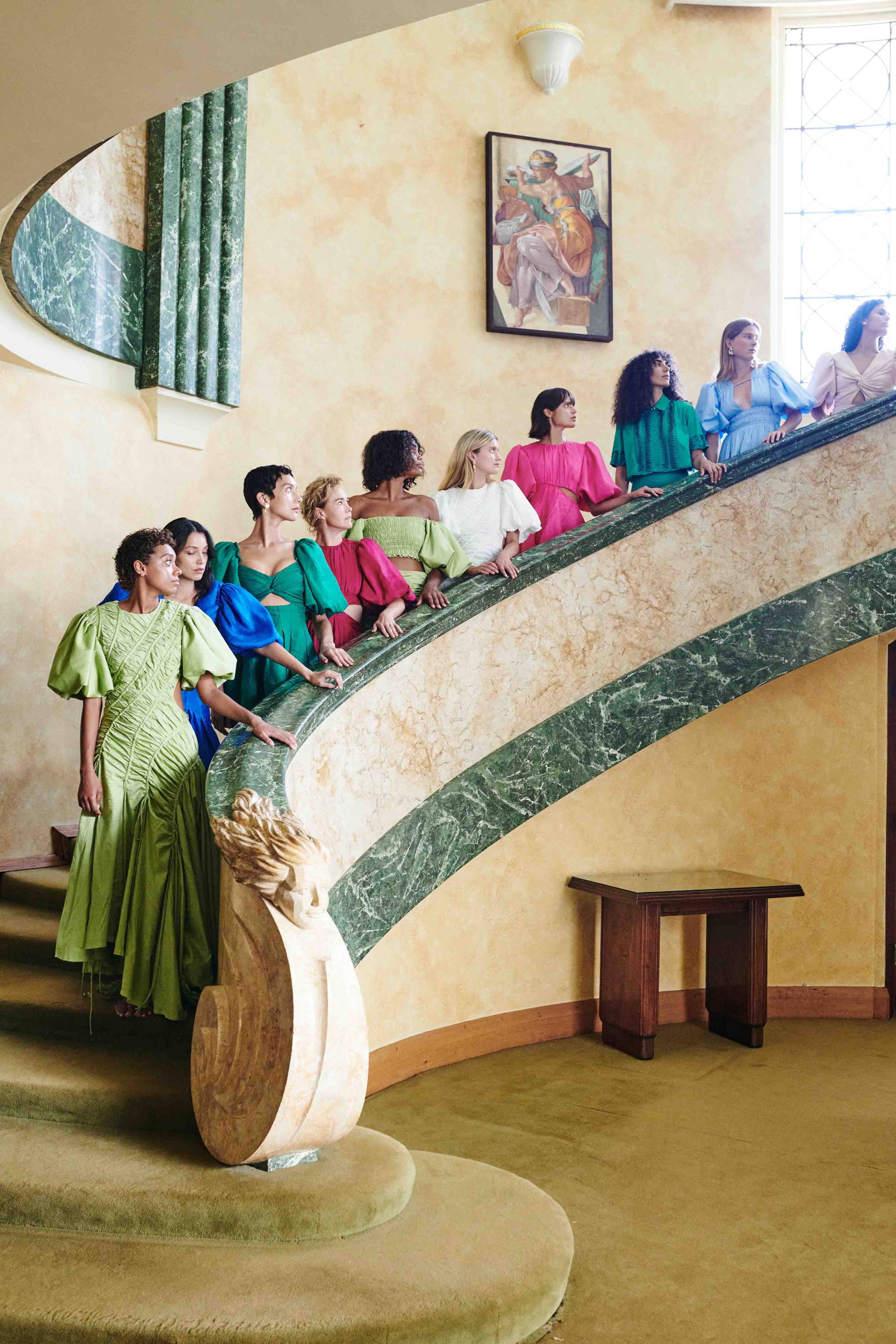 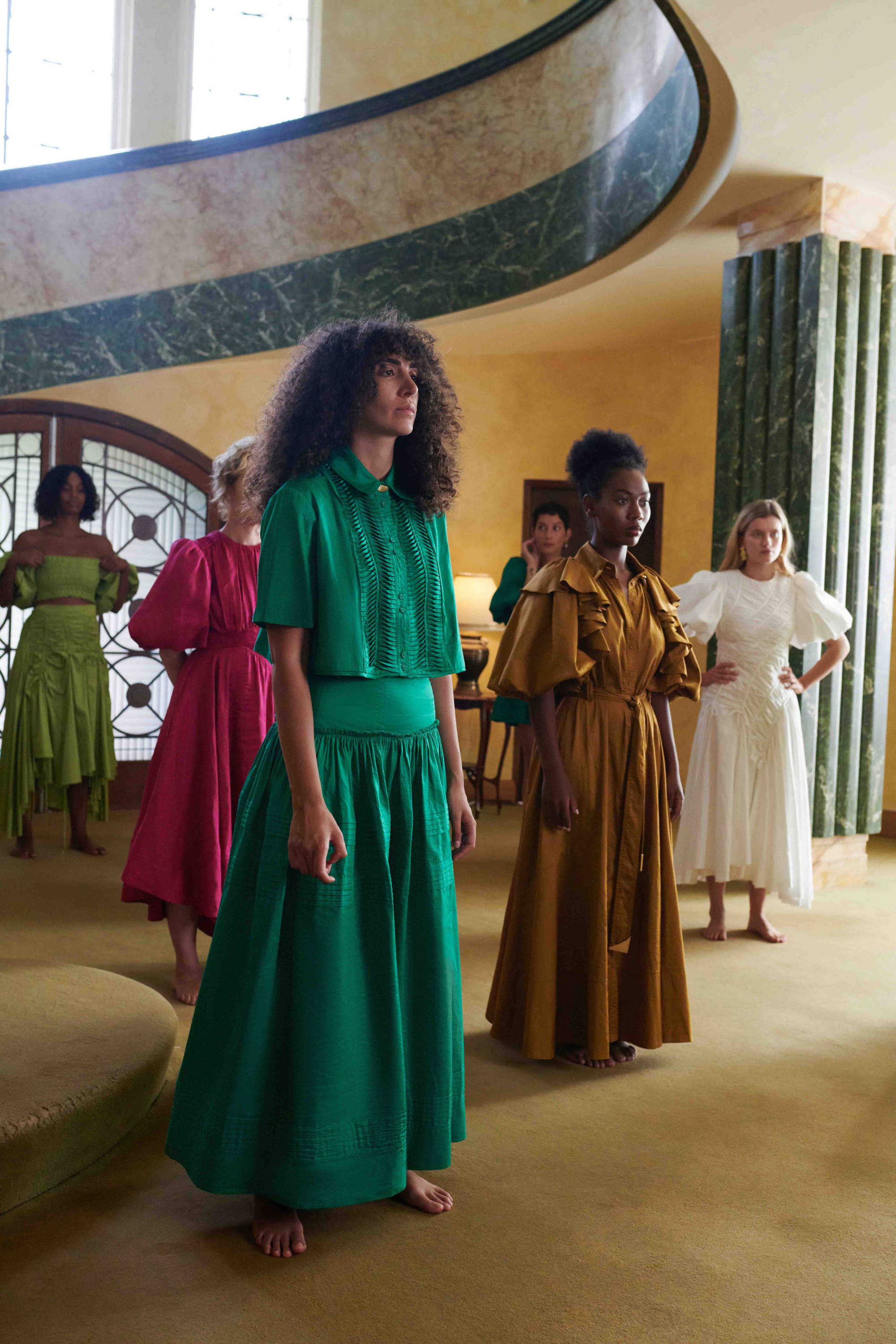 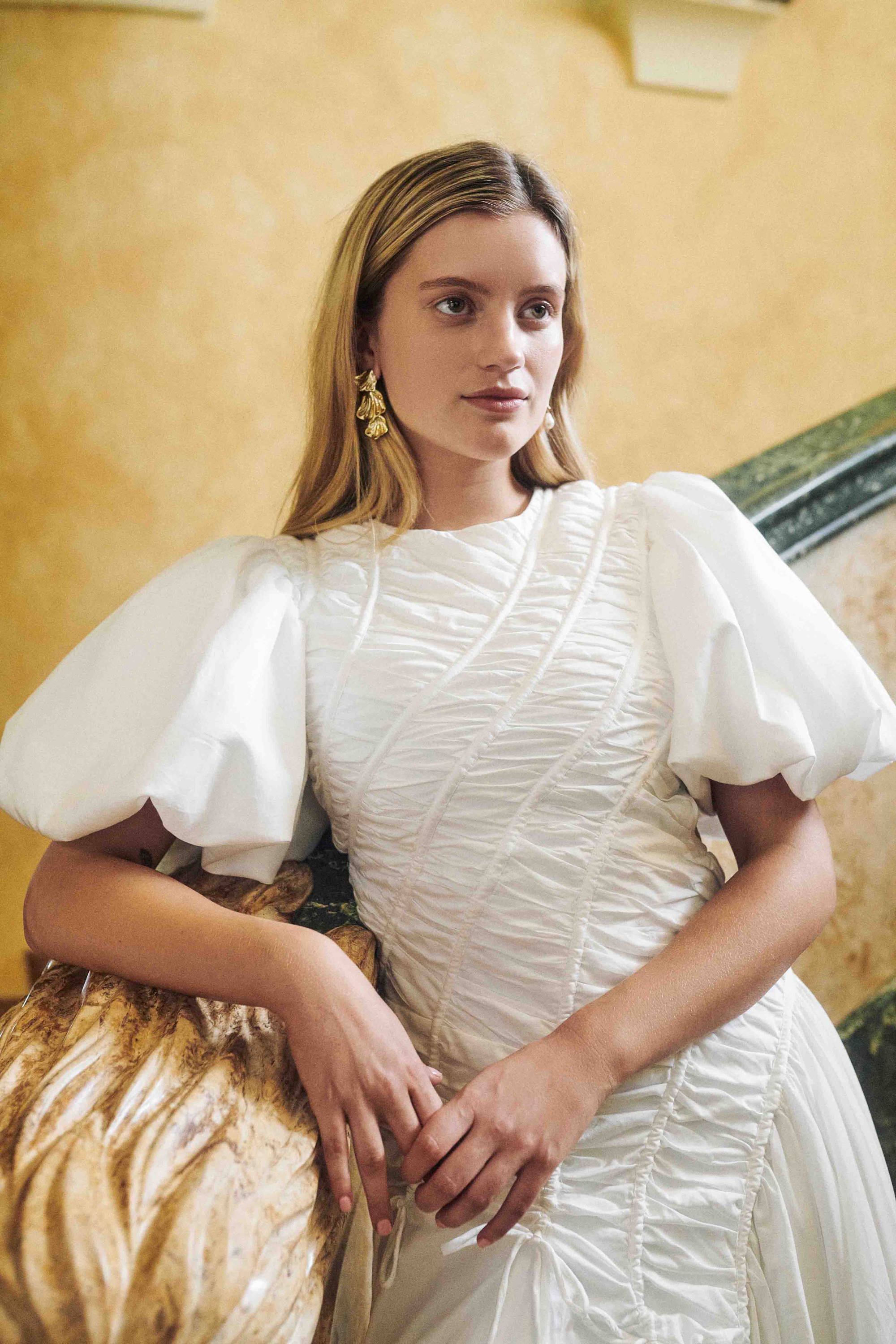 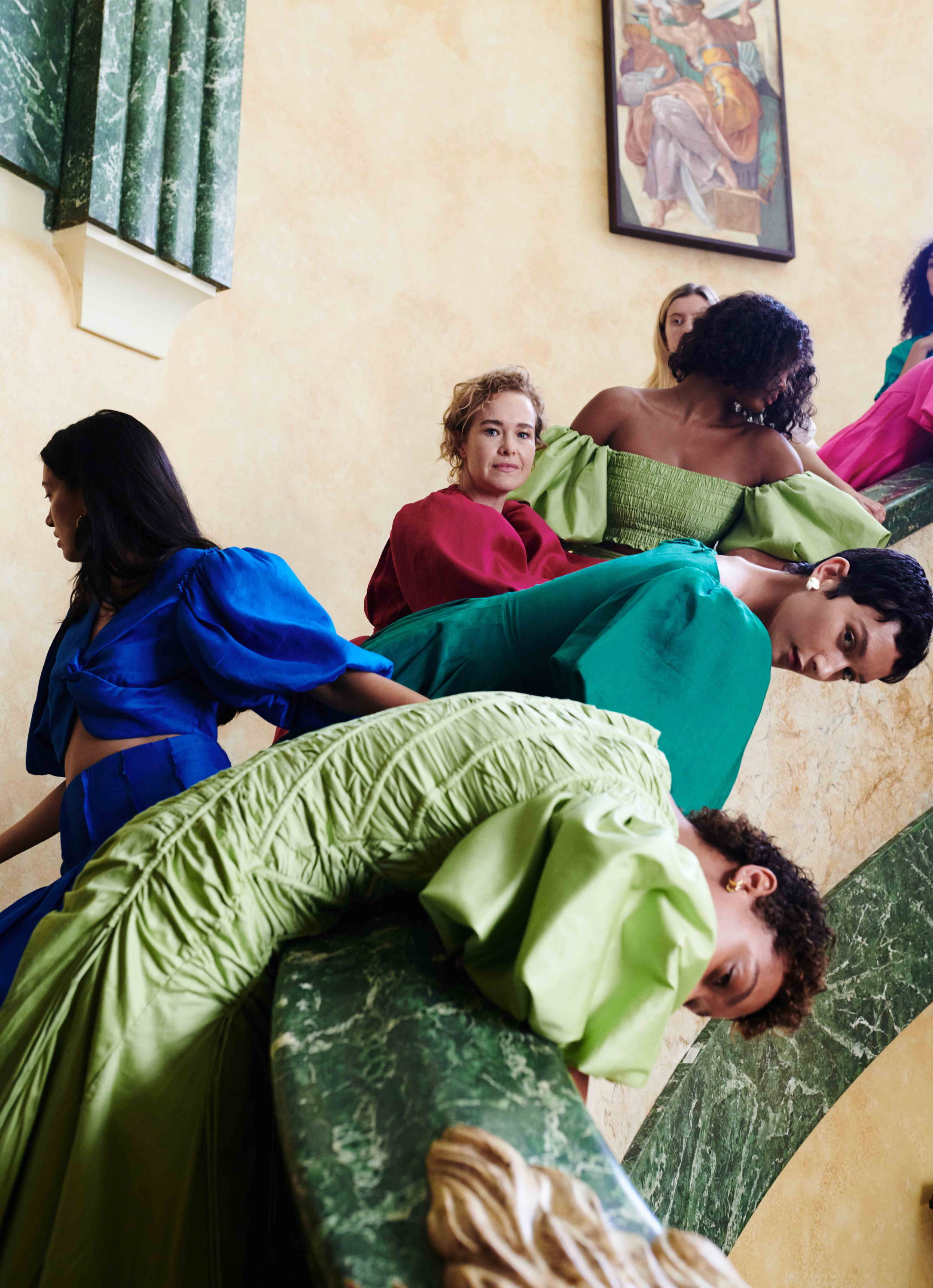 The film opens with a pentatonic beat as we peer into an interior filled with a Kaleidoscope of shapes, colours, and design. The pull towards the infinite untamed is inherent in the Aje brand and this comes to life through alignment of fashion, nature, and human-made structure.

Along with Shannon Murphy, Aje Co-Founders Edwina Forest and Adrian Norris, collaborated with the Co-Founders of Dollhouse Pictures and Producer Jessica Carerra, Creative Director Rebecca Khoury and Choreographer Shannon Ryan to conceptualise the film showcasing Biophilia’s vibrant looks in dialogue with the collection's exploration of both the fractured and reciprocal relationship between human- made structures and the autonomous beauty of nature.

On the directorial vision, Shannon Murphy shares, “I wanted to explore the language of patterns in nature and how it has impacted the look of this collection. I was so excited to have the freedom to play in an amazing location with some of my favourite existing and new collaborators. As a director I yearn for new perspectives and this project offered me a wonderful new muse Emi Elmit. Emi brought spirit, intuition, and a playfulness to the set. Emi is authentic and so natural, and we wanted her to feel embraced and understood with every movement she initiated. Emi expressed her freedom and femininity so naturally in Aje and she is the ultimate brand hero." 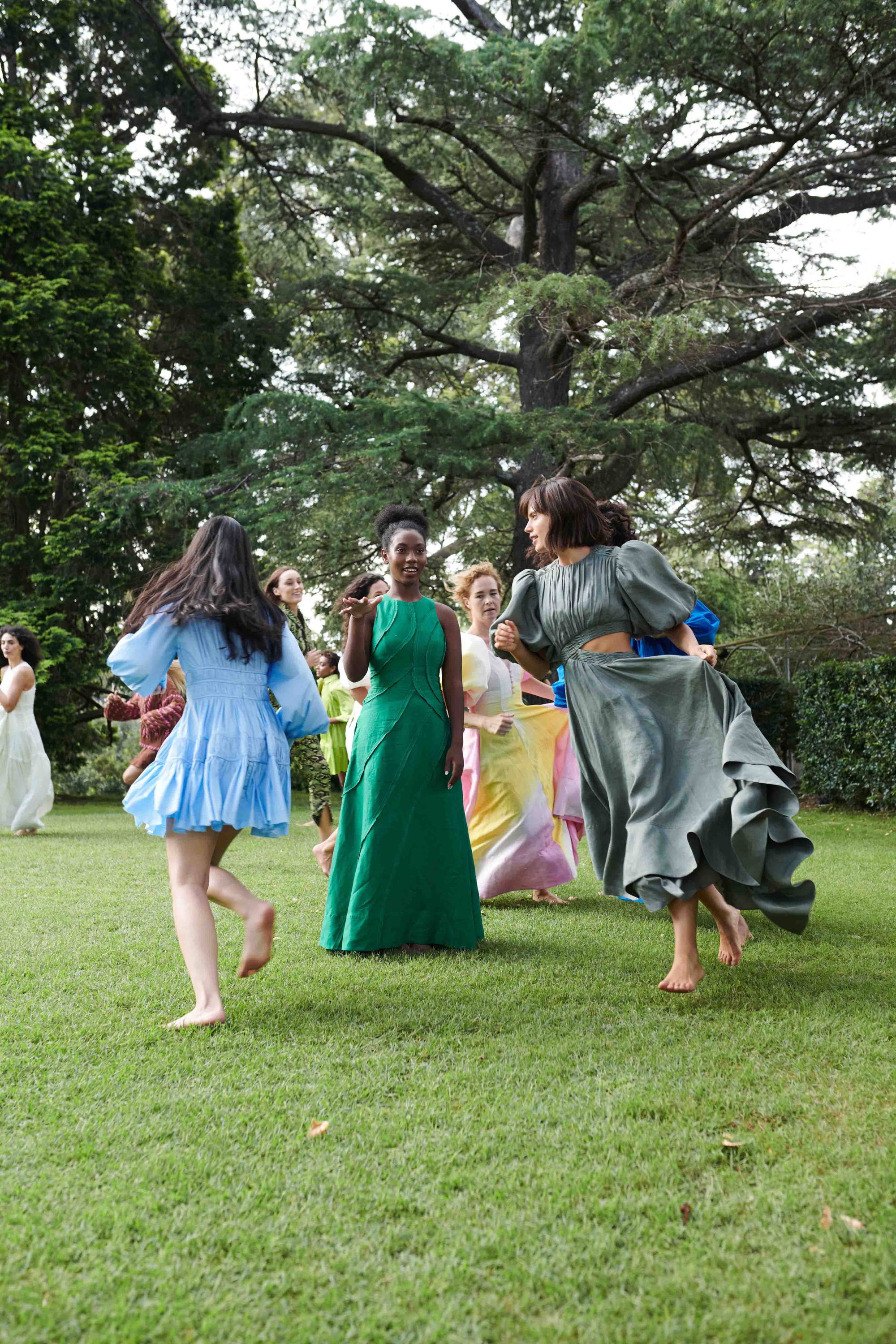 Shot on location at the Sydney School of Practical Philosophy, Forest says of the project, “The atmosphere on set was a direct reflection of the collection, the melding of separate worlds creating beauty in unexpected forms. Aje has been grounded in an appreciation for the arts from inception; the collaborative nature of film and its freedom to communicate through varied touchpoints was a natural manifestation of Pre-Fall’s artistry. An ode to the relationship between architecture, nature, and fashion.” 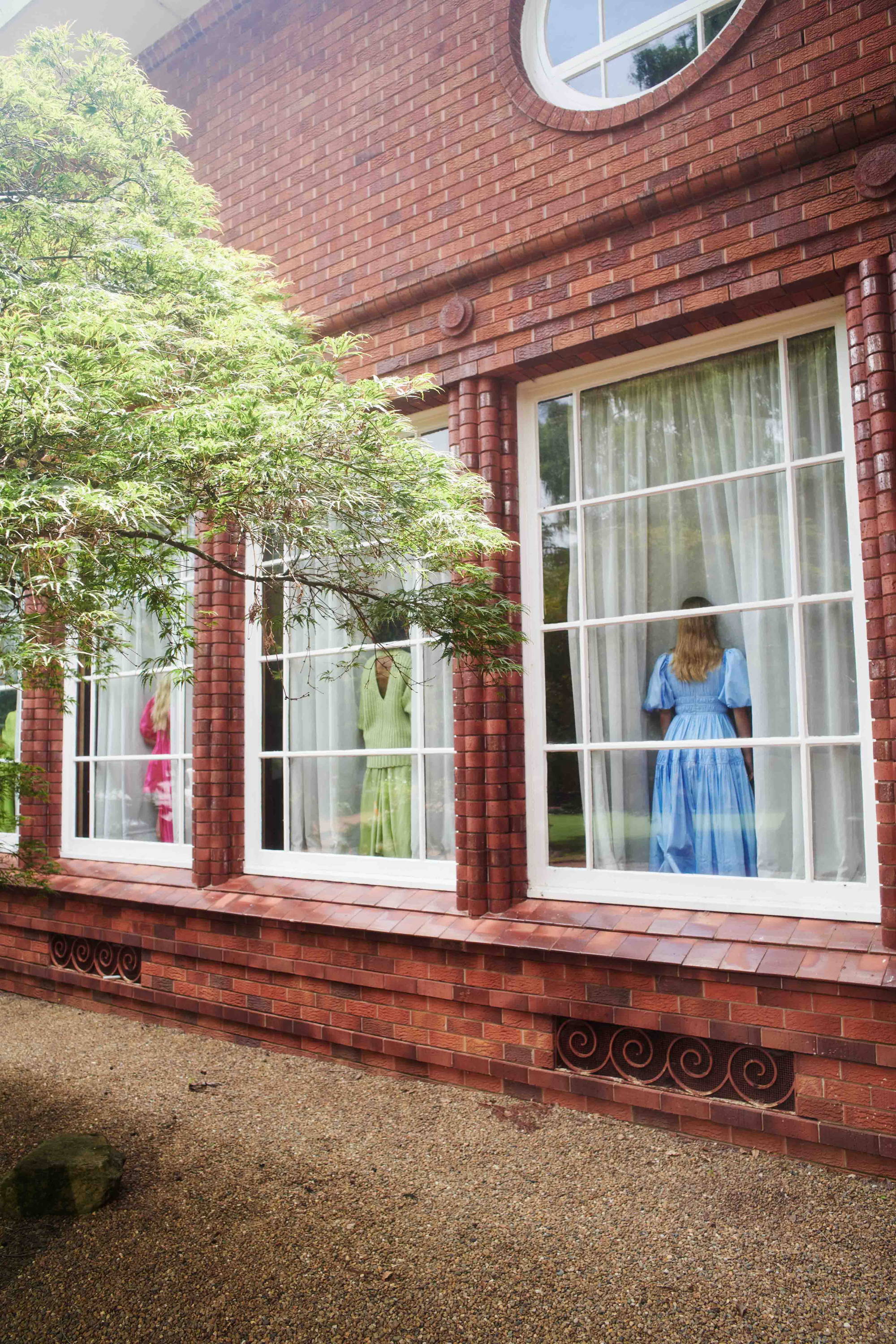 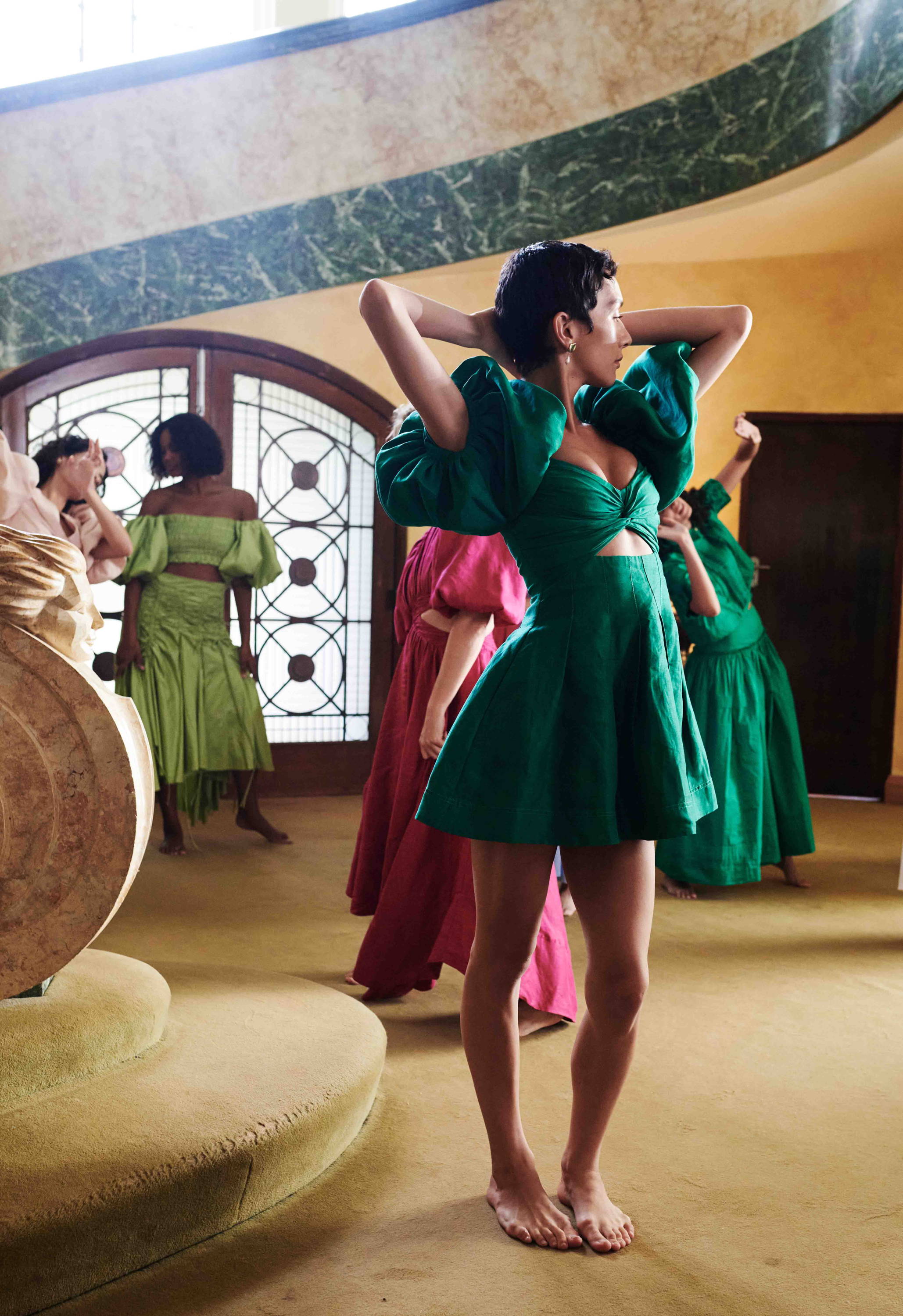 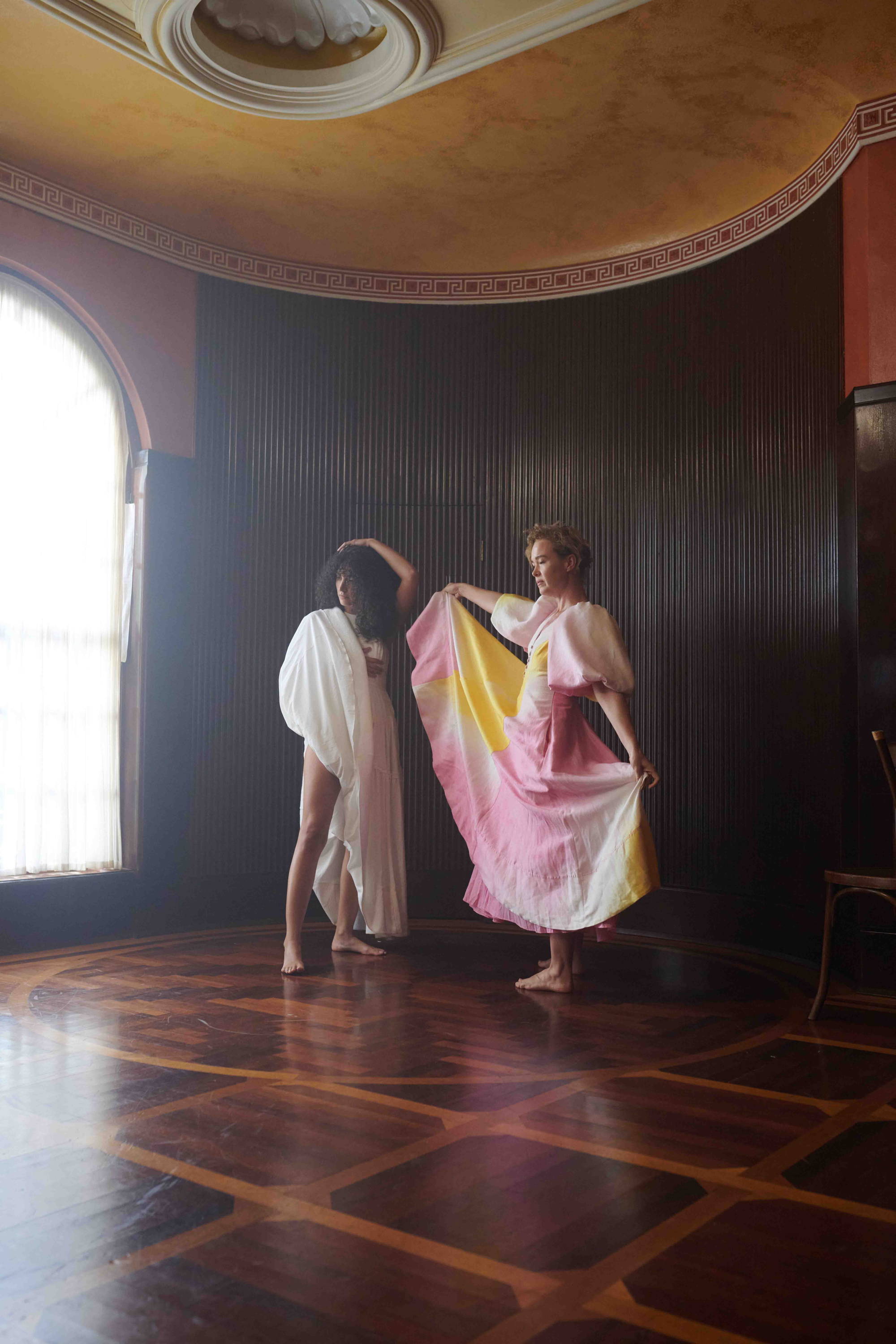 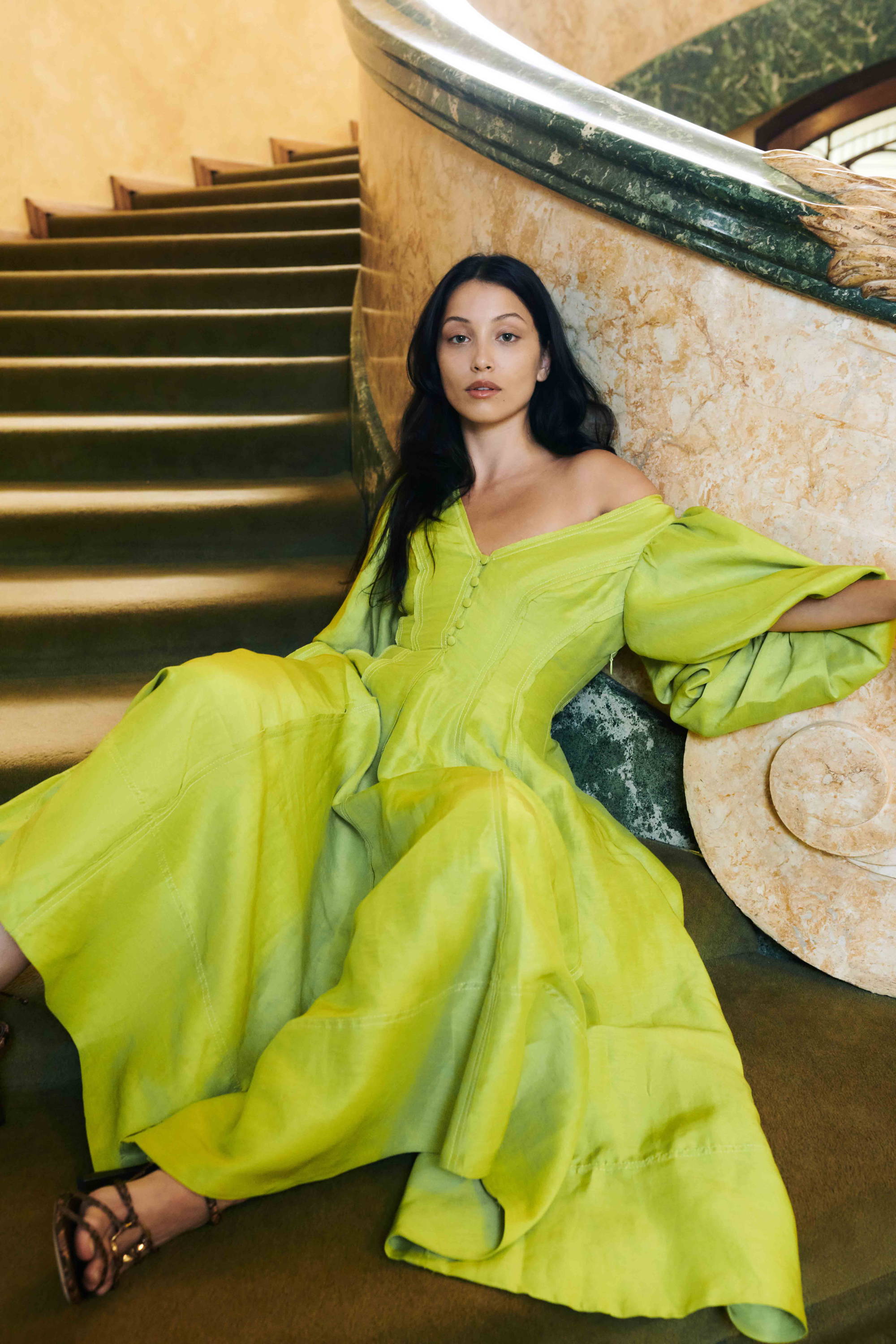 As Carerra elaborates, “One of the most exciting aspects of the creative industries is the ability to collaborate across disciplines. I’ve known Edwina and Adrian from their early days of building their brand, and Shannon from her beginnings as a celebrated filmmaker. I’ve always admired their collective tenacity for innovation, so 'Fractal' draws inspiration from art, film, architecture, dance, and the environment as a means of self- expression and connectivity. There is so much nuance and detail in the ways we interact with others, Emi opened up a world of inclusivity and possibilities for the production and we relished her personal expression as a means to her future trajectory refining her craft.”

Immerse yourself in 'Fractal', a reverie of nature, architecture and fashion.